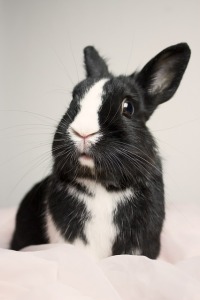 Our time here is short today, but in the precious moments allotted to us, we would remind you that February is nearly done. Which means March is on the way, and with it, the new tradition hereabouts known as Funny Ears Fringe Festival, a weekend-long multi-band concert extravaganza offering a sort of local and (ahem!) less expensive counterpoint to a certain better-known music fest running concurrently the same weekend, that being March 23 thru 26.

This year’s FEFF will feature some 45 bands (give or take) across our two favorite venues — those being Scruffy City Hall and Preservation Pub, natch — representing a range of genres too dizzyingly long and diverse to recount in the short space of a single internet post — trad-country and Americana and experimental indie and psychedelia and funk-ska and reggae-surf and pirate rock (!!!), and on and on…

Watch this space for more information on the event sometime in the next couple weeks. But in the meantime, here’s a hint of what you can expect from our fair city’s youngest and weirdest and bestest downtown music festival in 2017:

— Sultry soul chanteuse Yasameen Hoffman-Shaheen and keyboard/piano ace Ben Maney will open the lineup at SCH on Friday March 24 with their 6:30 p.m. performance. Yas is best-known as the lead singer of neo-soul outfit Electric Darling, while Maney has been one of the city’s most in-demand instrumentalists since forever.

— What the hell is Gypsy Folk-Funk? Damned if we know. But if you’re as curious as we are, be sure to show up at the Pub on Saturday, March 25, for a performance from GFF artists Sirius B. out of Asheville, N.C.

— Last but not least, the weekend closes out at SCH on Sunday, March 26 with Bristol-based stoner-psych outfit Indighost. Trust us when we tell you that these guys are worth the (low) price of a weekend’s admission all by themselves.

And those are just a few of too-many highlights to name. Again, see us here in two weeks, for more in-depth dope on FEFF, plus more on March goodness yet to be named.