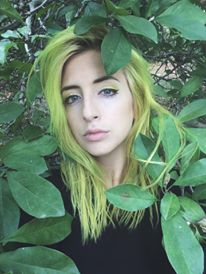 Do you know any really bad jokes?

GM: How do you make a hankey dance? Put a little boogie in it!

GM: Probably Batman, because he’s just a regular dude who’s badass, has some cool gadgets, and makes it work.

If you were going to torture somebody, how would you do it?

GM: I’d slowly cut off one body part at a time and make them eat each one.

Who is your least favorite celebrity?

GM: Kanye West. The world’s biggest douche bag. I won’t even listen to his music because I don’t want to even consider liking it.

What is your least favorite song?

GM: “Blinded by the Light.” I’ve always hated that song. It used to be playing every time I went shopping at Goodwill, and I just wanted to get away from it. Plus there’s that line. “Ripped up like a douce”??? What’s he saying?

GM: Complete isolation, and not having any sensory perception at all. And being completely and utterly alone.

Describe your most embarrassing moment, ever.

GM: Popping my cherry, by accident, in second grade.