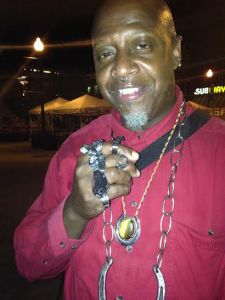 Zeus is a djinni who lives beneath the stairwell at Preservation Pub. He was old when the world was still young.

SP: Oh wise Zeus, the first game of the 2016 University of Tennessee football season has come and gone, and the Vols looked like @#$, barely winning against a team called Appalachian State. What does this bode for the season ahead?

Z: I think they better get their heads on right. Get more focused. But remember it’s only a first game. And Appalachian State doesn’t suck. They’re a lot better than people think. We have to give them props; those boys can play. But now we can get back on track.

SP: What do you think of NFL quarterback Colin Kaepernick’s decision to sit during the National Anthem at a recent football game, in protest of racism in America? It’s drawn the attention of sage social commentators from great halls of wisdom such as ESPN.

Z: That’s deep. But he should respect America. He lives here. You have to stand up for what’s good. He has a point on some of his views. But the timing was bad. Just stand up. God knows what your heart says.

SP: As the most odious election cycle in the history of election cycles continues, will we ever see a resolution to the Hillary Clinton email scandal?

SP: In an effort to bolster his street cred as prospective Leader of the Free World, Donald Trump recently met with the Mexican president. Will he really get Mexico to build a wall along the border?

Z: I’ll say this. He has balls of steel. But he better leave the Mexicans alone. I think he’s pissed them off. Leave them alone. You can’t go targeting other peoples, other races.

SP: Trump’s poll numbers have been all over the map. Will they rise more, or go back down?

Z: If he starts running that mouth again, they’re going down.

Zeus’ Quote of the Month: “Always respect the things you have. There may come a time when you won’t be able to.”