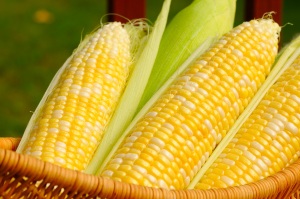 It fills my heart with a profound and an ineffable sadness when I tell you that this blog has been published just a bit too late to preview the World Cornhole Championships, which took place with all-too-little fanfare July 7 through 11 at Knoxville Convention Center.

You heard that right, Jake; the American Cornhole Organization held the de facto Superbowl of Cornholing here in the heart of downtown Knoxville, a “monumental cornhole event” — and we’re quoting the ACO president here — capitalizing on the “growth of cornhole popularity around the world.”

It was an awesome spectacle, we’re sure. And if you missed it all, rest easy, because the folks from ESPN were there, too. And you will no doubt be able to watch the whole… glorious affair, again, ad infinitum, when it is rebroadcast on ESPN VI, in the wee morning hours of the coming months between reruns of gold-medal goldfish racing and the 2013 World Mucous Ball Championships.

And enough for that. In other and better news, we’d like to congratulate former Preservation Pub bartendress Adrienne Corts, who recently tied the knot with longtime Pub regular and Just Say Maybe frontman Tom Appleton, in a whirlwind elopement at an undisclosed but assuredly exotic locale. Dearest Adrienne goes back a long way with the Pub, as one of the bar’s earliest hirees, serving several years before taking a break to work with her dad, the late-great Ed Corts, local music stalwart and erstwhile proprietor of the Corner Lounge on Central Avenue.

Adrienne came back to the Pub again in more recent years, and has once again been a linchpin of the bar and wait staff, as well as a personal favorite of anyone who got to know her. Tom’s a good fellow, too — though he may be out-kicking his coverage in this instance — and we wish them both luck in their new life together.

If you haven’t dropped by for dinner at Uncorked on Market Square in the last few months, you should. Uncorked (nee Oodles) has been undergoing a long, slow, sometimes halting evolution since its inception under Papa Jim West more than 10 years back. And its growing pains have not always been pretty.

Consistently rating as arguably Knoxville’s best wine bar, Uncorked’s menu has often lagged behind its vino selection. To be sure, many top-notch chefs have worn the mantle of Chief Cook and Bottle Washer at Uncorked/Oodles over the years. And their collective culinary talents have produced many moments of excellence there.

That’s changing now, in concert with two new arrivals of recent months. The first of those being bar manager “Aloha” Erica Casey, who has slowly molded the Uncorked lounge into more than merely a fine-wine haven, but a center for first-rate craft cocktails, as well.

Having sampled a couple of the new dishes, all we can say is, wow. Our favorite cavernous venue at the center of Market Square is truly coming into its own.

Be forewarned, though, not to look at the new menu offerings — which will change seasonally, BTW — in hopes of finding a roster of greasy-spoon favorites. This is fine food crafted with a creative spirit and a delicate touch, savory proteins — hanger steak, seared salmon, center-cut pork chops — complemented by an array of artfully prepared seasonal vegetables.

And while we are dwelling on the subjects of food and drink, it’s worth more than just a passing note that Scruffy City Hall/Scruffy City Brewery Brewmeister-in-Chief Sir Logan of Wentworth has come out of hibernation and is set to fire up the brewing nano-lab located underneath the stage of Scruffy City Hall. Look for batches of Logan’s Legit Lager, Scruffy City Lowlife, and perhaps others, coming soon to a tap near you.

And finally, we send out well-wishes to the guys in Nashville-by-way-of-Knoxville funk/jam/EDM/rawk act Backup Planet, who had a recent mishap coming home from a show in Chicago, totaling their band van, losing most of their equipment, and landing a couple members in the infirmary in a nasty highway pile-up. Get well and godspeed.