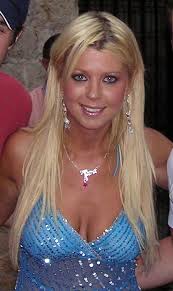 American Pie/Big Lebowski/Sharknado hottie-starlet-turned-comedienne Tara Reid will take the stage of Scruffy City Hall Saturday, June 6 for an improvisational comedy set, surrounded by a host of other slightly-past-their-sell-by celebrities from the bi-annual Knoxville Fan Boy convention. And the mastermind of a massive criminal conspiracy — a convicted felon of some local renown — has helped the West family clan establish a new website for their various Market Square enterprises, at seescruffycity.com.

Other than that, there’s nothing to see here, Jake. Step lively, and don’t let that brown stuff stick to your shoe…

No, but really, if there’s one thing you remember about the week of May 31 through June 6, it’s that the aforementioned Reid, along with other actors-etc.-turned comedians like Eric Balfour (of Syfy network’s “Haven”) and Adam Copeland (Pro wrestler “The Edge”) and Eddie McClintock (of Syfy’s “Warehouse 13”) will participate in a Celebrity Improv Comedy Show from 10 to 11:30 p.m.

And that’s not the half of it. Friday will see the bar gearing up for all of the B-list fun with a showing of the original “Batman” — yes, Adam West, we still love you — and a superhero costume contest, followed by a performance from weirdo Australian band The Red Paintings.

And Saturday evening will kick off with the World F@#$ing premiere of “Helen Keller vs. Nightwolves,” a movie that promises to be so terrifyingly Awesome that the very foundations of Awesome will be forever altered in profound and ineffable ways.

The new project from Fan Boy staple Barry Bostwick, HKVNW is a cinematic treatment of the early life of Helen Keller, and how she became blind/deaf/dumb. The true story of which, as I am sure those of you versed in history are aware, has been obfuscated by an insidious mis- and dis-information campaign, a shrewd cover-up that has us all believing she caught a disease, or some damned thing.

The truth is that Helen Keller suffered grievous, debilitating injuries in the course of a vicious werewolf attack. See for yourself; co-star Bostwick — you know him best as Brad from “The Rocky Horror Picture Show, as well as from a dozen other things you can’t quite remember, but which are just on the tip of your tongue — will be on hand, and he is a first-rate fellow, a true gentleman in an industry full of cads.

Also on tap for Saturday night is a performance from former Buffy the Vampire Slayer regular James Marsters (“Spike”), who has an ongoing career as a singer-songwriter. And closing it all out, late, will be a set from Preservation Pub’s very own Realm, who will be syncing their set with a showing of David Lynch’s version of “Dune” — the story that inspired nearly every one of the band’s doom/stoner/metal epics. (See Realm’s bandcamp page for further details.)

Did I mumble something about websites and dangerous criminals? Yeah, well, that would be West family member Mike West, the man behind the 2.1 million dollar marijuana-peddling/money-laundering scheme that saw Scott and Bernadette West spend a few years in the lockup, on Uncle Sam’s dime.

Scott and Bernadette had the brilliant idea of investing that 2.1 mill into various Market Square properties, as per downtown revitalization. They went down for it — did hard time in the Big House — and they lived to tell about it. Anything else you hear is just someone else’s f@#$ed version of History.

But that’s all water under a very long bridge now, and brother Mike is out of prison and back in the fold. He’s a surprisingly mild-mannered sort, at least as evil criminal geniuses go, and he’s been good enough to work with local musician and marketer Brett Winston in creating seescruffycity.com, which will replace the family business’ previous, individual websites with a single, comprehensive site — a catch-all portal that will also include listings for other activities (festivals, theater shows, etc.) going on downtown.

There’s plenty of other crap worth mentioning in the coming weeks — the Orion Slave Girls dance workshop on Saturday, June 13, the weekly Paint Night bacchanals, the Hacksaw Boys June 20  — but maybe it’s best to leave off with the latest plans for Scruffy City Hall.

As you may know, the roof — i.e., the Scroof — has been open at SCH for a couple months now. But it’s far from finished. Like so many other things around here, it’s a work in progress. And the future of the Scroof will see local rock climber Kelly Brown — he helped build the Ijams climbing wall — build a series of “tree tables,” those being ornately crafted iron tables with tree plantings in the center.

The tree tables, in toto, will create a literal forest, the life’s blood of which will be an 18-foot Crystal Cave waterfall, to be constructed on the lower portion of the roof, down the fire escape from where the current temporary bar is situated.

That whole portion of the Scroof will be enclosed in glass, meaning the Scroof will be a multi-functional indoor/outdoor all-weather operation, as well as a spectacle of some magnitude, with a giant artificial waterfall and tree-table sculptures and a proliferation of LED lights turning the whole damned thing into a surreal and otherworldly urban rooftop forest, half of it enclosed in a glass bubble.

And lest we forget, the West family’s Market House is set to open sometime in July. Don’t miss any of it, Jake. We know where you live. And we will hunt you down.