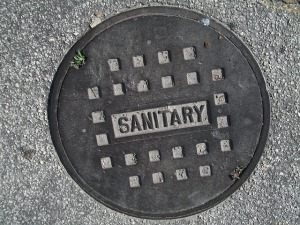 2. Echo of Miles (Soundgarden): “The long-awaited triple disc-set of rarities, covers, and b-sides from across Soundgarden’s entire career. My only quibble is that they left off the acoustic version of “Like Suicide,” an amazing b-side from the Superunknown era.”

4. Back from the Abyss (Orange Goblin): “These stoner metal veterans absolutely refuse to release a bad album. If anything, their last two (including 2012’s Eulogy for the Damned) are their best yet.”

5. I Wasn’t Born to Lose You (Swervedriver): “This actually doesn’t come out until March, but I am pre-loving it. The first album in 17 years from these guys, lesser-known members of that ’90s swirly-guitar/shoegaze club–think My Bloody Valentine and Ride. The difference between them and their contemporaries was that the Swervies would really rock balls between bouts of picking at their navels.”