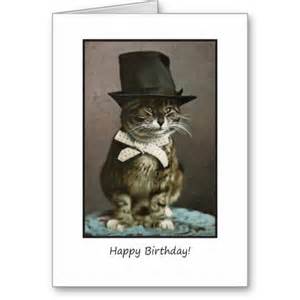 Much as it pains me to hear large groups of people bray loud choruses of “Happy Birthday” in public places, we have reached that point of the year where such displays will be imminently necessary. What I’m talking about is this: Roundabout the First of August—the same day we will celebrate Jerry Garcia’s birthday at both Pres. Pub and Scruffy City Hall—we will mark the passing of yet another successful year at our very own Preservation Pub.

A Birthday is a special thing, a time for reflection and fond remembrance. When I was but a tot, I used to thrill to Mama Manhole’s repeated tellings of The Day Little Manhole Was Born… Ah, yes, the thought still takes me back, to mother’s soothing stories of how, on a sleepy Sunday evening, with Papa passed out on cheap whiskey in the back yard, she felt those sudden stirrings of unrest in her abodomen. Which she was tempted, at the first, to pass off as just a bad case of the trots…

Okay, so we’re drifting off into some serious tall weeds here. It happens. The point of all this is the Pub’s own Nativity Story. Because some of us remember when the P.P. was but a twinkle in the Benefactors’ eyes. It all started because founders Scott and Bernadette West were looking to use the building they owned at 28 Market Square as a glorified beer stand, a way station for dispensing cheap refreshments during the erstwhile Thursday night summer concert series Sundown in the City.

The Wests soon discovered that opening even a temporary, conditional beer hovel was scarcely less complicated—logistically and statutorally—than just opening a @#$% full-time bar. So that’s what they did; Preservation Pub was born.

Market Square wasn’t very exciting back then; outside a lunch rush and the occasional special event, it was a Ghost Town after 2 p.m. most days of the week, tumbleweeds rolling across the windswept plaza as vultures wheeled and hovered in the sky.

Yep, there was scarce little proof of life. The Tomato Head was already a fixture, of course. And a couple of now-departed lunch spots were there, as was the Subway sandwich shop, and a liquor store that sold an inordinate number of single-serving airplane bottles.

The Farmer’s Market was there, too, but it consisted of only one farmer; and he died while the Pub was under construction.

And the space where the Market Square stage is now located was taken up in part by a grungy little brick hutch that housed a pair of public restrooms—which had actually become not-so-public restrooms, seeing as how they were usually locked against the intrusion of homeless people who were wont to use them as rent-free condominiums.

Those were interesting times: People hereabouts had Big Plans for Market Square, most of them falling into one of two camps. There were a few folks who wanted to run streets down either side of the Square, turning it into a just one more set of standard-issue city blocks. Others wanted to preserve the character of the plaza, and create a European-style town square with a stage at one end.

The latter contingent won out, of course—the Wests counting themselves among their number. And so the Pub grew, even as the rest of the Square began to sprout new enterprise of various sorts.

In the years since, there have been too many highlights to recount, though we’ll try anyway. Among them were a couple of notable mayoral kick-offs—both former Mayor Bill Haslam and current Mayor Madeline Rogero launched their campaigns at the Pres. And musically speaking, it was a favorite venue for an up-and-coming North Carolina sibling act known as the Avett Brothers, who made the Pub a regular stop back around the early-to-mid-‘00s.

The Avetts were single-handedly responsible for the Benefactors rebuilding the P.P. stage, BTW; during one particularly spirited performance, the bros. quite literally stomped a hole in the floorboards, right in front of the microphone.

Singer-songwriters Brett Dennen, Hayes Carll, and Will Hoge all graced the Pub stage—albeit with lighter feet—before they moved on to bigger venues; so did alt-rockers Cage the Elephant. And Modest Mouse came in for an afternoon set that was broadcast by longtime Pub promotional partner, radio station FM-105.3.

The list of “surprise” guests—rockers who happened by after performances at other venues in town, then ended up playing yet again—is even more impressive. Half of P-funk put on an impromptu show at the Pub on one evening. On various nights, George Thorogood, electric bass titan Victor Wooten [Bela Fleck], members of Snow Patrol and all of Blues Traveler were coaxed into playing at least a song or two.

The Blues Traveler crew had come to town to play the aforementioned Sundown in the City event. When, after Sundown had wrapped, other band members offered to drag portly frontman John Popper and his harmonica back out of the hotel room in exchange for an open bar tab, the Wests obliged. It cost them $700 in booze, but Blues Traveler played most of the night.

There have been some down times, too, over the years—most notably when the Wests were shipped off for extended vacay (selling the venue to sister Paula) at a couple of our fine federal penal institutions back around 2008, in the wake of money laundering charges related to the Mary-Jew-Wanna trafficking of a relative. If you don’t already know the story, Google it; at least half of what you’ll read is mostly true. (FYI: We don’t give a damn about sweeping shit under the rug around here; we operate under the guiding principle that The Truth Shall Set You Free…)

But a few hiccups notwithstanding, it’s been a damned fine ride. And it ain’t over; not even close. Lord willing and the creek don’t rise, Preservation Pub—along with its baby sister venue, Scruffy City Hall—will continue serving up good beer and good times long into the 21st century.

So come out and celebrate the Pub’s birthday with us. But be aware that you needn’t bring gifts. Your presence will be our present.