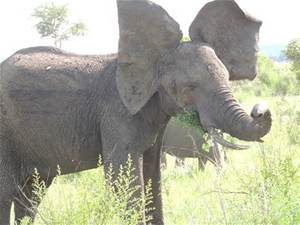 Ears wide open: Do you allow grazing on the loggia?

Let’s be clear: I’m not a man(hole) given to passing out kudos at the drop of a hat. There are those who might say that I am curmudgeonly; misanthropic; a hater. There are others who simply say that I am a miserable #$%.

Shit on those people. They are a cowardly, stupid lot. Their jibberings hold no truck with men of substance. The truth is that I am a hard man, but a fair one. And I will sing praises only when praises are well-earned. And this is one of those times when they are, indeed, richly deserved. So let’s get to it.

Plaudits to Ashley Capps and his team at A.C. Entertainment, for putting together the best line-up yet in the ambitious five-or-so-year history of the Knoxville music fest known as Big Ears. And plaudits, too, to our Benefactors, Preservation Pub first couple Scott and Bernadette West, for agreeing to play host to several of this year’s best Big Ears performers at our newly-beloved Scruffy City Hall.

We have already discussed, in no small detail, the preliminary plans for SCH on the Big Ears weekend of March 28-30. And it would seem now that the plan has remained steadfast, with no amendments to the line-up announced here when last we convened in this space.

What we know now that we didn’t know then is the time schedule for the festivities, and the line-up for the Sunday bill. Which heretofore had been a mystery, even to those of us with our fingers close to the pulse. For those of you who weren’t paying any damned attention before—and you know who you are, you laggard f#$%s—I will reiterate. And add more.

If you want to know more about those particular artists, go back and read my previous missive, wherein they are discussed at greater length. Or else Google them. I am not going to repeat myself further, just to accommodate the indolent. F#$% you for not keeping up.

Because now it is time to discuss the Sunday shows—Can I have drum roll, please?—and to revel in what should prove to be Mr. Manhole’s best-loved performance of the festival, across all venues combined. (And there are other venues, as well as other performers, involved in Big Ears 2014. We just figure it will be hard for most of you to leave behind the sweet mothering ambiance of our newly-beloved Scruffy City Hall.)

On Sunday, March 30, the final day of Big Ears begins at SCH with Keiji Haino, at 2:30 p.m. A singer, songwriter, and guitarist, Haino has a long, weird history that dates back to the 1970s. He has stuck his hand in the till of everything from straight-up blues-rock to drone to free improv to noise and ambient psychedelia. Watching Haino tear into his axe like some feral beast in the throes of bloodlust is a visceral, inspiring, exhilarating thing. It will also scare bejeezus out of you. Don’t say I didn’t warn.

At 4 p.m., African-American artist Lonnie Holley will present. Holley fashions absolutely stunning works of found-object sculpture, works assembled from the junk out of scrapyards and dumpsters, maybe even the Island of Misfit Toys. It so happens that I have seen Mr. Holley’s creations—his home in Alabama is a destination for art pilgrims the world over, his house and property festooned with the beautiful, twisted fruit of his ceaseless labor—and it is nothing short of astounding. I’m not sure how his presentation will roll, but it is nothing you want to miss.

But the crown jewel, for my money, of the whole damned Big Ears weekend—and this is the part where I get all flustered and eager, Jake, like a giddy schoolgirl with a crush on Teacher—the biggest show yet will be Sunday’s SCH performance from Seattle’s Earth, at 5:30 p.m.

What is Earth, you ask? What isn’t Earth, is my response. Founded in 1989 by guitarist Dylan Carlson, Earth is the mostly-instrumental outfit that helped pioneer modern doom-metal, drone and post-rock, way back in the early 90s, when we didn’t have nifty little descriptors for those kinds of things. As time wore on, Carlson and co. added new influences to the band’s deliberate, richly-textured mix, everything from jazz, country, and British folk, to the exotic miscellany of Italian soundtrack master composer Ennio Morricone.

They are that rare outfit whose music is so transcendently diverse that it can satisfy the cravings of music listeners from across the entire spectrum of aural experience, Big Rawk riffaholics and fusion sophisticates, and lovers of layered orchestral beauty.

My work is done here. In the meanwhile, please consider your options for the weekend of March 28 over at bigearsfestival.com, where you can snag three-day festival passes for $175, and single-day passes for $75. The passes are good for all participating outlets—there are a couple of noteworthy shows at (ahem!) other venues, if you’re dead-set on shopping around, sets from the likes of Steve Reich and Television and Radiohead’s Johnny Greenwood and the Velvet Underground’s John Cale. If you’re into that sort of thing.

You will find me camped at Scruffy City Hall for the duration, though, munching trail mix and MREs and waiting for the likes of O’Malley and Orcutt and Dylan Carlson to alter my perceptions in profound and ineffable ways. Open your ears and join us, Jake. Your heart will be better for it.