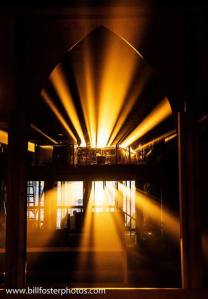 Worshipping at the Temple of Beer

Regular patrons of our very own Preservation Pub have already noticed the fine mist of dust and mortar in the air; the clatter and whirl of construction folk hard-put to heavy labor; the tangible sensation of creative electricity permeating every nook and fiber, every single human activity taking place over at the twin recesses of 32 and 28 Market Square.

And by now, our patrons probably know what the fuss is all about. This missive is for the rest of you, the benighted souls who have been Missing In Action, held prisoner by fanatic wildebeests, or else maybe Sufi death squads over in darkest Poland. Or maybe—god forbid—you just haven’t been paying any damned attention.

Whatever. It’s all water under the bridge now, because this is your chance to learn something, take that cotton out of your ears and stick it in your mouth, as good ol’ Grandpa Manhole used to say. And may God rest his lesioned soul.

We are talking about 32 Market Square, the space that will become—nay, will be transformed, in less than a month’s time, into Knoxville’s foremost three-story Heathen Gothic brewpub movie and music venue, aka Scruffy City Hall.

As anyone who happened to peruse this same space a couple weeks back will remember, we’ve already touched on a few of the features that will distinguish SCH from other, lesser Heathen Gothic entertainment emporiums—the open, recessed interior balcony; the three-story crystal waterfall; the basement brewery operated by local Legit Brew alemeister Sir Logan of Wentworth, the smoke-free atmosphere.

To say that the décor will be wondrous would be a wretched disservice to those who have already put so much in the way of blood, sweat, and spilt beers into erecting SCH. No, the décor at SCH will be galactically stupendous, beyond the feeble power of mere words to convey. Gothic arches will abound—on the wrought-iron fencing outside; on the balconies overlooking the Assembly Hall stage; and in the foyer, where a single ceiling-size Gothic arch will separate foyer from Assembly.

The aforementioned interior recessed balcony—it’s what architects like to call a loggia, for those of you keeping score at home—will be the largest and grandest of several balconies throughout the second story. It will overlook Market Square, with three rounded window arches of its own.

But here’s the part that really boggles the mind: the previous second-story façade at 32 Market Square consisted of four ordinary windows, built within the last 15 years when previous building owners decided to retool the crumbling outer wall.

Many of the building’s original, century-old bricks were still in place, however. And in rebuilding the façade yet again, Pub owners Scott and Bernadette West decided to remove and scrub each and every brick, one by one, for reuse in the new hall’s exterior. “Imagine six guys working for an entire week with wire brushes,” says Scott West. It’s a move that is bringing out in full the dusky multi-tonal beauty of those aged bricks, showcasing a palette of colors scarcely hinted at by the faded front that preceded it.

And to think, when it all began, They said it couldn’t be done. But then, They say lots of things, and most of what They say isn’t worth lukewarm pigshit, once the money is counted and the deal goes down. Just remember, Jake: there are two kinds of people in this world: people who get things done; and the jacklegs who get in their way. And God help those poor fools when the worm turns and it all goes to hell on the end of a hot stick.…

But we’re getting far afield here, as we so often do. The point is that—nay-sayers be damned—Scruffy City Hall will a venue for the Ages. “It will have a legendary feel,” says West, “like a veritable Cathedral of Beer.”

And we’ve yet to mention the Cloud Garden that will eventually grace the structure’s roof. Featuring the pinnacle of the aforementioned 60-foot crystal waterfall, it will consist of a rooftop garden, surrounding the water cascading in multi-colored tiers from an array of sculpted contours, crystals, and semi-precious stones.

And now it is time for the part where we seek your input, Jake. That’s right; we want to hear from future patrons of Scruffy City Hall. Our inquiry is twofold: What kind of music would you like to see rattle the sturdy Heathen Gothic rafters of SCH’s grand Assembly Hall? And what beers would you like to see flow like sweet nectar from the 30-some-odd taps at the sweeping 30-foot downstairs bar? You can tell us your thoughts at the Scruffington Post website, or at the Scruffington Post Facebook page.

Please give it much thought. These are weighty questions of large import, and they demand your fullest attentions. We will await your response with high hopes and held breath, our battleaxes at the ready.